Today we have another two-for-one blog because both quilts use fabric from Windham Fabrics.

This is a quick and easy quilt to put together because the Drunkard’s Path blocks are alternated with simple squares with corner half-square triangles.  The fabrics in this quilt are by Marcia Derse and Melanie Testa.  Alternated color ways are presented in the book – one of which give a Harlequin-esque look with a black and white background and bright primary colors in the Drunkard Path Block.  I would love to see this one done in batiks – hmmm – I might just have to raid my stash and stitch one up.

This medallion quilt showcases the wonderful focus fabric print from the line.  Drunkard’s Path blocks here help form borders around the central medallion.  The outer border uses the Rail Fence Variation in the frame unit.  This is an easy way to give a complex look to the border by cutting the frame unit out of strip sets.

So, what fabric would you use if you created Tile Floor or Peacock Alley

Be sure and check out the other quilts in the book!

Millstones is really a quick and easy quilt to make. 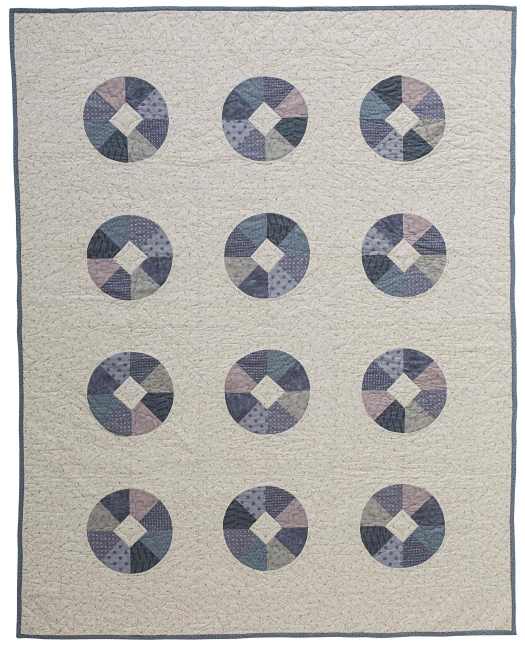 I pulled a variety of small scale gray and cream prints/tonals from my stash for this very monochromatic quilt. You could easily swap out the grays for another color in various hues/values or event several different colors. The Fan Variation with a Corner Triangle oversized block make this quilt go together in no time.

Check out the other quilts in the book

Beach Balls is a fun and colorful quilt. 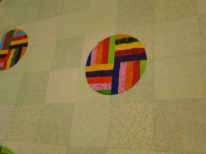 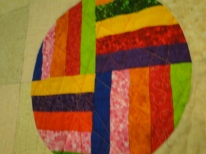 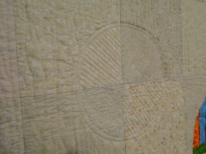 Each of the Beach Balls features a little be different quilting motif.

Great quilt for the beach or a picnic!  I would love to do this quilt layout with a darker background to make the colors pop.  Any thoughts on what you might do?

Checkerboard and Abstract
Test Pattern
Deco Blue
Bowties
Shaken not Stirred
What Would Happen If…?

With the Fourth of July around the corner I thought I would show you something that celebrates the summer.  While the quilt is titled Test Pattern (It reminds me of the test patterns that were used on the TV way back in …..) – but it also looks like Whirligigs spinning in the wind. 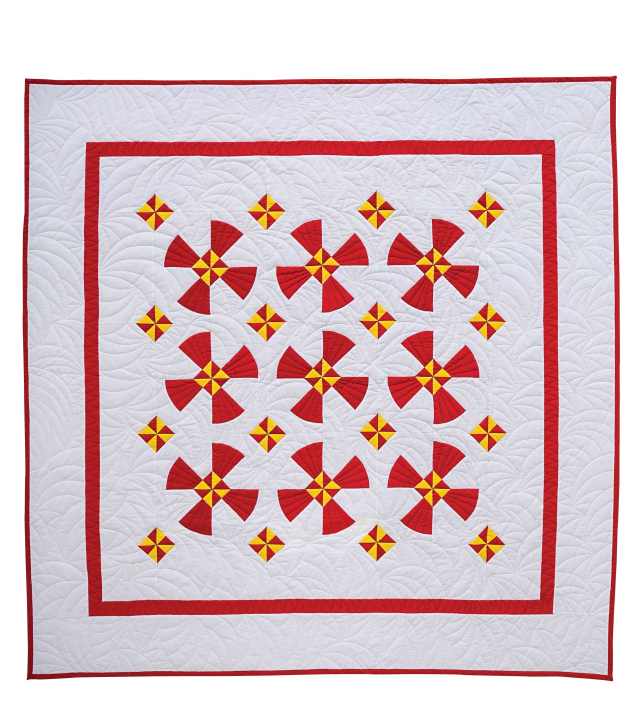 The  crisp white, and bright red and yellow fabrics are from American Made Brand solids from Clothworks.

I am playing some tricks with you on this quilt with the fabric placement.  This uses the Fan Variation, but here I used the background (white) fabric as part of the block – doing this makes the red blades float on the quilt.

Because of the motion created by the quilt block layout, I just had to have a lot of motion in the quilting.  This is done by what I call improv ruler work.  (More about that at another time!)

If you look closely in the picture above you can see some of the seams that show how the white fabric is incorporated.  Take a look at the red blade on the upper left – then look at the white blade next to it – you can see the seam of the drunkard’s path block. It is sort of hard to see on the other blades because the quilting helps to camouflage the seam.

I hope you enjoy the quilt and enjoy the upcoming holiday weekend.

Are you wondering how those triangle blocks are formed? Well – it’s all in the book! (and it’s really easy – trust me – it is!)

Coming this August from

Check out some other quilts from the book:

What Would Happen If…?

Here is a Drunkard’s Path block that I didn’t mess with too much, well I guess i did, just a bit.

This is my quilt Deco Blue. –  I didn’t alter the traditional Drunkard’s Path block – what I did do is add a cornerstone and sashing to two sides of a block and then upsized the background frame piece on the second. The quilt uses fabrics from Michael Miller Fabrics Cotton Couture Collection.

To cut my block components I like to use commercial templates -and my preferred Drunkard’s Path templates are by Marti Michell. I used the Large Template set to create this quilt and all the quilts in the book.  The book also provides graphics so  you can make your own templates from template plastic. 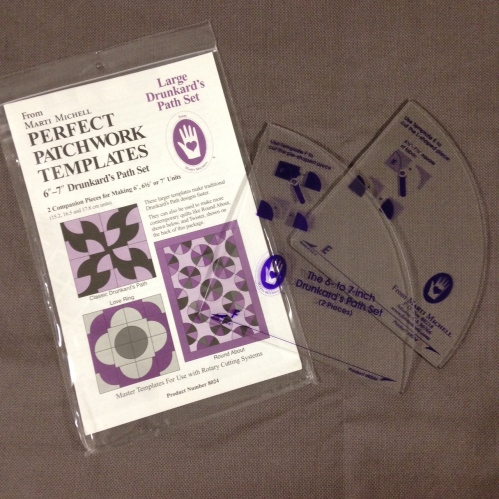 I like this style because they are easy to cut around and are easy to use when I play around with the size or shape of a block!

This quilt reminded me of all things Art Deco – so I wanted to do quilting reflected that style.  Lines and simple arcs and arches created with longarm rulers allowed me to create this look. 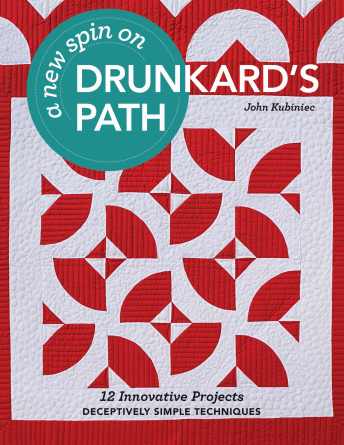 Coming this August from

Check out some of the other quilts in the book and how the book came to be!

What would happen if….?